Help with my new MacBook

I got a new MacBook recently. One of the things I’ve always loved about Macs is how easy it has always been to migrate from an old one to a new one, but I’m having problems this time – I’d appreciate some ideas.

This is what I did when I got the new computer:

So I’m a bit stuck. What I want is just the easiest way to completely reformat the Mac back to factory settings – and if I am already on the right track then how can I ensure the main disk is unlocked.

I haven’t done a thing with this computer yet, it’s just getting frustrating that this time it is taking ages to move on to the new device, yet it is usually so smooth with Apple. Does anyone have any suggestions please? 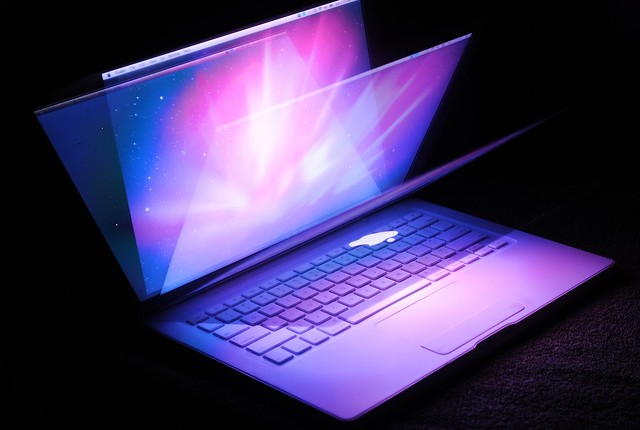 Apple manufactures many of their products in China.

Labour costs in China are far lower than in Cupertino, California.

None of this is news. In fact, every time you open a shiny new Apple box the first statement that greets you is ‘Designed by Apple in California’ with the ‘Assembled in China’ statement hidden away at the bottom of the box – but it is still there and visible.

What is news is that Apple boss Steve Jobs is fighting off claims that workers in factories assembling the iPhone are living in such poor conditions that there is a far higher than normal suicide rate amongst workers – Apple contractor FoxConn has had 13 suicides or attempted suicides this year alone.

Entry-level Foxconn workers earn about £90 a month. The company has responded to recent criticism by offering workers a 30 per cent hike in their salary so they can apparently enjoy more of their leisure time.

I find it hard to believe that a company that it so obsessed with image as Apple would be using contractors that employ people in ‘sweat-shop’ conditions. The Foxconn employees have access to company-sponsored medical facilities, restaurants, and leisure facilities such as a cinema and swimming pools.

But this episode raises the ‘No Logo’ debate on working conditions in China once again – and that fight was from a decade ago. When Naomi Klein documented the slave labour being used to stitch together expensive brand-name training shoes it shone a light on the squalid secret that manufacturers had hidden for years, that they could pass off their responsibilities for employees to contractors. It was because of that furore that most commentators on international business believed it could not happen again – no company would be so stupid as to use contractors that don’t treat their staff in a fair and humane way?

So has Apple been caught out?

I don’t think so. It’s true, the suicides are worrying. Why should so many people at a single firm be killing themselves, and how can that firm be so quick to offer a 30 per cent salary increase when criticised?

But nobody should forget that us in Europe and the USA are often guilty of judging other countries by our own standards. It’s true that I would not find the working conditions in a Shenzhen factory attractive. It might be clean and safe, with a cinema and pool, but the company expects me to work 12-hours a day, 6 days a week, and they want me to live at the factory.

I find it hard enough to consider commuting to an employer, let alone living at their factory.

But ask someone suffering the grinding poverty of rural China. The real China. The ninety per cent of China’s land mass to the west of the rich Eastern strip. Ask those people if they are prepared to work hard to earn some money at a rate that is probably ten times what they are surviving on, and with accommodation provided. What do you think many of them will do?

The Chinese manufacturing miracle is largely driven by these villagers who are improving their lives by working and earning rather than living in poverty. It might not seem much to you and me, but those employees are going to ensure that the money they earn allows their kids do better.

And that’s why China is going to be one place the Americans need to really understand this century. Who can remember when Americans worked hard and ensured their kids had a better future? Perhaps the boom years of Clinton and Bush has made us in the West lose all sense of perspective.