Coincidences – in a city of 20m people!

I went out to a few different blocos yesterday and there were some incredible coincidences all in the same day. My wife knew that her dentist and his family were going to be at one particular party, but the party was so big that we could not even see the stage where a band was playing Beatles songs. Yet even though we were surrounded by thousands of people, we found them almost immediately.

Later we were walking down the street, in-between parties, and we met the girlfriend of our friend’s son (who had just recently visited us in he countryside) – and she said that she was walking near our apartment hoping that we might be about! So we all went to another party together…

Then, as we were walking home later in the evening, my wife saw her cousin. In fact she said to me “that guy over there looks just like my cousin”, so we walked closer and it was him! We didn’t even realise that he was in São Paulo!

Even in a city of 20 million people we still managed to bump into friends and family in unexpected ways – all in one single day and with no arrangement using mobile phones! 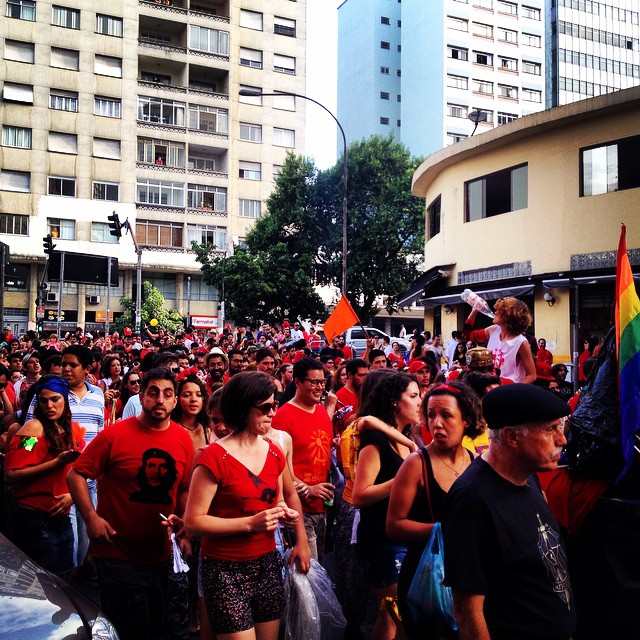